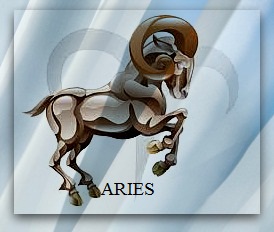 Aries will enjoy good relationship this month. It will be strong as you wished always. Mars is the ruler of Aries and it will be retrograde in your relationship house. Development of situation can take sudden turn away due to retrograde Mars. Avoid going back in the past in the search of any loop holes regarding your relationships. March 2014 will help you a lot to focus on your relationship.
The new moon on 1st mixes well with Jupiter and Pluto that are odds for each other, so for Aries try to judge any situation with your calm mind. Try to avoid any argument and confrontations. Avoid taking things too personally as it is life, enjoy it with peace and happiness.
From 18th of March Mercury will start working from the deeper level that will land your mind into interrogation or investigation. It will be a good time for healing subtle energies and for the mental attainment.

Relationship will bloom, but care has to be taken regarding any emotional outbursts.
Career and finance will do well for you. Misunderstandings will be resolved. You will be applauded for your achievement. You will gain popularity within your friends and colleagues But remember every one is doesn’t like you! Retrograde Mars in Aries can lead you in trouble with your business partners.
Health will suffer this month. Stress will be the most important cause for ill health. There is a risk of accidents and incidents. Exposure to disease in the second part of the month is indicated.
Advice for Aries- Try to avoid conflicts.
Lucky stone- Red Coral
Lucky color- Red
Lucky day-Tuesday
Lucky No- 9, 6