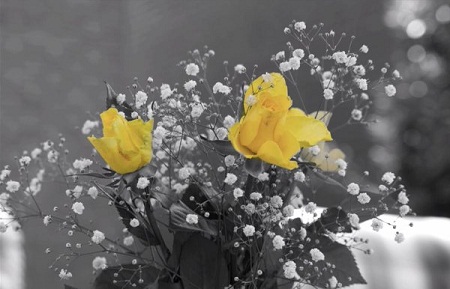 White is Yang– It contains all the colors within it. It represents the masculine divine life essence. It is active, positive, all revealing, dynamic and stimulating. It symbolizes the cosmic day, supreme being. Its focus is the apex head, and the light enters through the pineal gland. White is used for protection of both physical and mental bodies.

Black is Yin– It typifies the feminine and all forms in general. Life essence must have formed through which manifest in order to become visible. It is negative, passive, all concealing. It is the seed ground of infinity. It symbolizes the cosmic night. ” Darkness within Darkness is the Gate to all Mystery”.